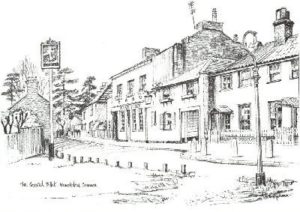 Wimbledon common is a raised area of land in the low-lying Thames Basin. The North Downs is a large chalk upland area between London and the south coast. The North Downs acts as a reservoir, absorbing the rain water like a sponge. The water eventually bursts out of springs resulting in numerous streams and rivers which are tributaries of the Thames. “Thalia” is situated near Wimbledon Common in the low lying area. The River Wandle is one of these tributaries which flows north from the foothills of the North Downs to the Thames at Wandsworth. The Hogsmill River flows the other side of Wimbledon Common joining the Thames at Kingston and the Beverly Brook flows between the two rivers joining the Thames independently at Barnes. The Pill Brook flows into the Beverly Brook, this is the stream which is visible at the railway level crossing and gives Brook Close, nearly opposite “Thalia”, its name.

Wimbledon History An earthworks at Wimbledon Common known as Caesar’s Camp, dates from the Stone Age and indicates that the area was inhabited around 6,000 years ago. Before the Romans came to Britain this area was occupied by the Catuvellauni tribe of Celts, who lived a partly nomadic lifestyle.

The Roman Road of Stane Street was built through the area to link London to the Roman port at Chichester, Colliers Wood High Street was originaly part of it. Traces of roman building have been found at Beddington, Merton and Mitcham.
Settlement began in earnest with the Saxons some time after the Roman withdrawal in the 5th century. Saxon place names persist, some translate interestingly. For example Carshalton (originally Cresaulton) means “farm by the spring where watercress grows”, Cheam was “homestead by the tree-stumps”, Merton was “farm by the pool” and Morden was “hillock in the marsh” These were just small hamlets or villages, the nearest towns being London and Kingston. Much of the local life focussed on the River Wandle, which provided water power for the many mills that were built along its banks.

With the Norman Conquest, the churches became very powerful, controlling much of the land and exerting great influence on local life. Merton Priory, established in 1117 beside the Wandle, was a leading centre of education, whose scholars included Thomas Beckett and Nicholas Brakespear (the only English Pope).

However, Henry VIII’s dissolution of the monasteries put an end to the priory, and in 1538 he had its stones removed to build Nonsuch Palace near Cheam. It must have been a time of great upheaval as a village called Cuddington was torn down to make room for this new palace for King Henry VIII.
By the 17th and 18th century, with the development of the coaching trade, Wimbledon had grown considerably, taking advantage of trade opportunities, especially inns. In 1755, a turnpike road from London to Brighton was built through Sutton, and this turned the village of Sutton into a major staging post half a day’s journey from London. 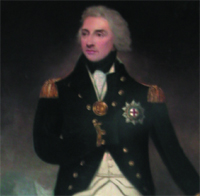 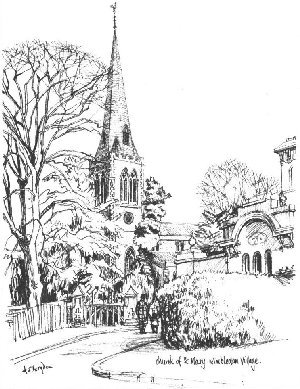 The rural nature of the area, together with its proximity to London, made it a desirable location for the homes of the rich and powerful, Lord Nelson and William Wilberforce (the slave trade abolisher) both lived here. One of the most impressive mansions was Carew Manor at Beddington, which is still in use as a school.
During the second half of the 19th century and early 20th, the introduction of the railways gradually changed the nature of the area from rural to suburban. The replacement of water power with steam and electricity meant that industries no longer needed to be tied to the River Wandle.

Industry in the area

Early industry was powered by water, and a great number of mills were built along the banks of the River Wandle. Grain was produce from Roman times, but in later years an impressive list of products emerged including, perfumes, medicines, peppermint, chemicals, metals, textiles, paper, leather, snuff and even gunpowder – it must have been quite smelly in places. Two of the most famous textile mills were those of William Morris and Thomas Liberty, which flourished during the late 19th and early 20th centuries. The displays of the Wandle Industrial Museum, Mitcham brings this clearly to life

In 1809 merchants in Croydon brought about the construction of the Surrey Iron Railway, the world’s first public line, which carried goods from Croydon to Wandsworth for transfer to barges. Running close to the Wandle for most of its length mill owners were able to take advantage of this new method of transport.

By 1900 Wimbledon was expanding fast, in 1850 its population was about 2,500 people and by 1900 it had multiplied to about 15,000. Most of the new residents living in ‘New Wimbledon’ at the bottom of the hill. Also houses were being built in Raynes Park round the new railway station. There were three farms on the fringes of Wimbledon as well as one by Alber Grove, just off Walpole Road run by Messrs Freeth and Pocock. The South Down Farm claimed that its milk was ‘produced from a superior heard of Shorthorn and Jersey cows’ which were selected for their milking qualities. This milk could be bought at The Creamery, 50 Hill Road, Wimbledon. This road like the Broadway was a mass of small shops, one of which happened to be William Burton, a Gentleman’s and Ladie’s Tailors at 3 Alexander Road established 1863 maybe nothing to do with Montague Burton (1885-1952) an imigrant Russian Jew whose real name was Meshe David Osinsky who established his tailoring business in 1900 with one small shop in Chesterfield Derbyshire. 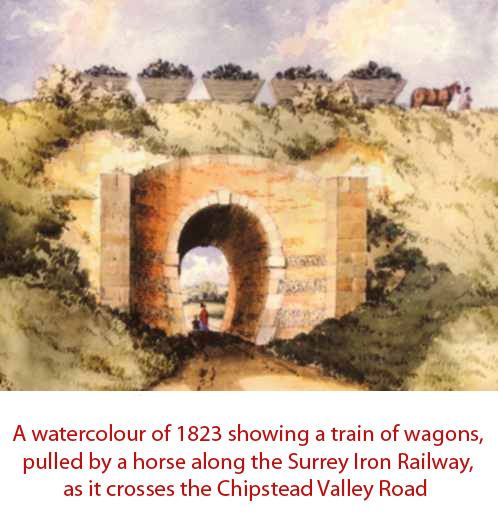 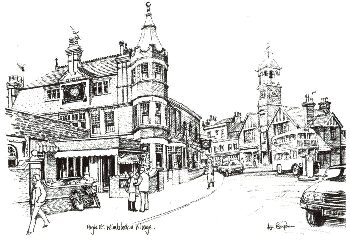 Horse bus services were being started around 1900. Tilling’s horse bus ran from Tooting Station to Putney every twenty minutes while another ran from Raynes Park Hotel to Clapham Junction along Worpole Road.
By the mid 20th century the need for industry to be located beside rivers had disappeared and factories were built in other locations.
Between the two world wars Croydon Airport flourished and provided many jobs but this closed in 1959 and is now a housing estate called the Roundshaw Estate. Carters Seed company had a nursery on a site on West Barnes Lane, Raynes Park which was closed in the early 1970’s and also turned into a housing estate called the Carter Estate. The whole area is now mainly a dormitory to Central London. Although, more recently there has been a trend to relocate offices out of Central London which may spell a revival of the local business community.