Opened on 26th July 1803 the Surrey Iron Railway ran south from the Thames at Wandsworth (South London) towards the Wandle Valley industrial area. It was later extended further south. It was the first public railway in Britain and was therefore a significant milestone. It was horse powered and the wagons running on it used plain wheels (unflanged) running on L shaped rails (see below). It was a direct descendent of the rutted track ways of antiquity.
The route is now part of the Croydon Tramway

Surrey Iron Railway Company Plaque 1801
At the centre is an image of a draped female holding a metal wheel on a short piece of track supported from beneath by a figure who pulls a laden cart. Around the lady’s feet are a jug spilling its contents and possibly a representation of a factory.} 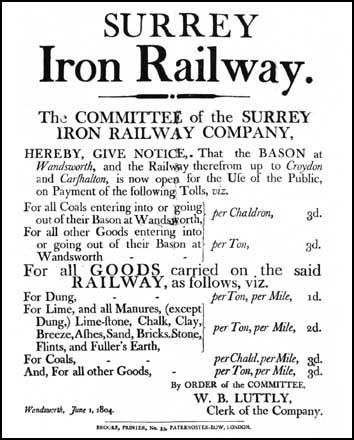 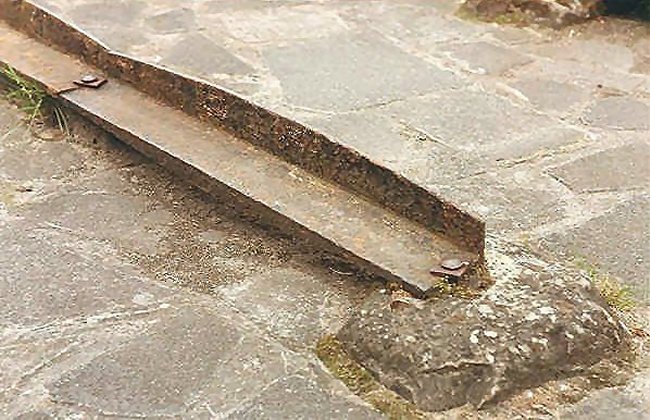 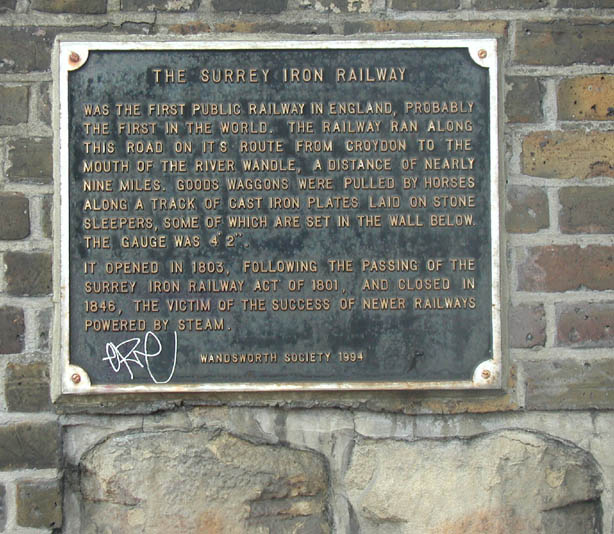 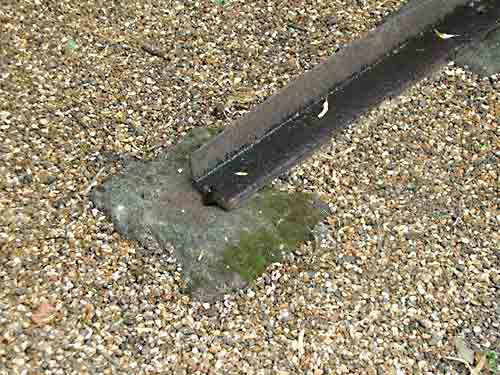 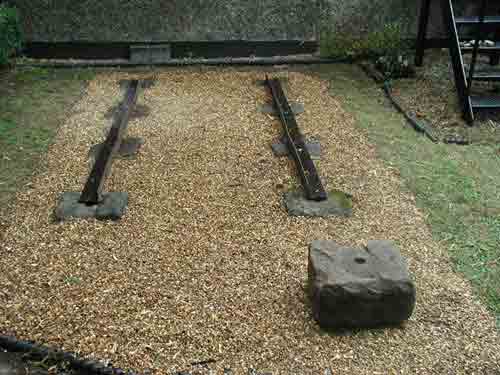 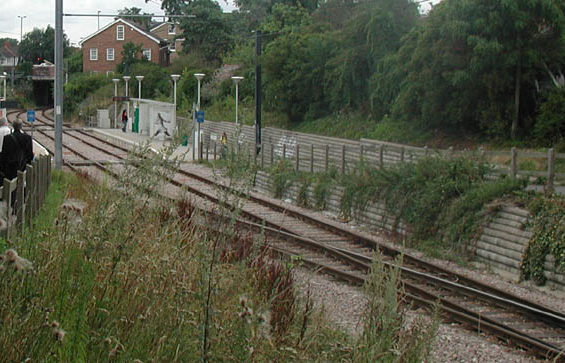 A transport system from London to Portsmouth was needed, either a canal or a tramway. The engineer William Jessop, recommended a tramway. He was given the job to build the first phase, from the Thames at the Ram Brewery in Wandsworth to Croydon, closely following the River Wandle which was already heavily industrialised. This began in 1801 and was completed together with the Wandsworth Basin so it was opended 1803.  An extension to Godstone was authorised but only actually reached Mestham. This operated from 1805, making the entire route 18 miles long. Portsmouth was never reached. This early rail-way consisted of the rails on which carriages were pulled by horses. The rails meant that a single horse could pull much more than its usual load so the system was very efficient, but not as good as steam locomotive railways and the SIR closed in 1846.  The Croydon Tramlink today uses much of the old SIR route.  The SIR was the first public railway in the world not connected with a canal. 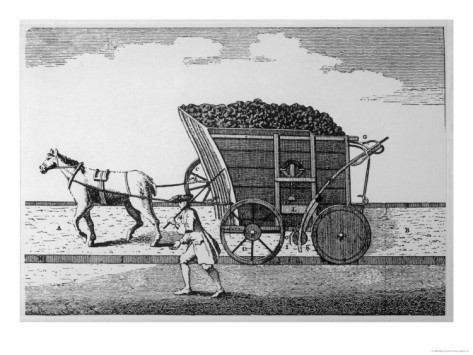